Welcome to the Minnesota Mycological Society

How the Morel became our State Mushroom

The Morel – our MMS insignia and our State’s official mushroom – what’s the connection? Herb Harper, in “Malfred Ferndock’s Morel Cookbook,” tells the story. At an MMS Board meeting in 1983, discussion arose on how designating a State mushroom might raise the visibility of the club. Harper, a former biology teacher in Forest Lake, called his state senator, Gary Laidig, to propose the idea. Even though he initially thought it was a joke, Senator Laidig drafted a bill.

Evidently, there weren’t many other controversies at the time, since the issue raised something of a stir. Twin Cities’ newspapers reported on the proposed bill, some citizens complained about the frivolous nature of the legislation, and State lawmakers generally joked about the “morel majority.” Several MMS members worried that the publicity of naming an official mushroom would bring outsiders to the State – interlopers who would encroach on their hunting grounds – and at least one MMS member wrote an official letter in opposition to the idea.

However, Harper reports, most MMS members favored the bill, and several joined him and the senator in testifying before committees in both houses, educating legislators on the ecological and economic roles played by fungi. Several legislators, themselves avid morel hunters, helped move the cause along, and the bill passed and was signed into law by Governor Rudy Perpich in 1984. The current, revised Minnesota Statute 2004 – 1.149 states: “Morchella esculenta [sic], commonly known as the morel, sponge mushroom, or honey- comb morel, is adopted as the official state mushroom of the state of Minnesota.” In addition, “a photograph of the morel, approved by the commissioner of natural resources, shall be preserved and may be displayed in the Office of the Secretary of State.” If anyone spots it there, be sure to let us know.

Minnesota was the first to declare an official mushroom, with only Oregon following suit – in their case, the Cantharellus formosus. Minnesota has many other official designations, some more common, like Tree (Norway Pine), Butterfly (Monarch), and Gemstone (Lake Superior agate), and some a bit more unusual, such as Fruit (Honey Crisp), Muffin (Blueberry), Fish (Walleye) – and even Soil (Lester).

We now have MMS calendars for 2020 at $10 each! All photos come from our members’ recent photo contest entries, many of them prize winners.

These calendars will be on sale at upcoming meetings and other events until gone. They can also be had by placing an order – either for pick up at events or for mail delivery (add $3.00 for postage & handling).

MMS calendars will make great Christmas gifts! Profits will help to fund the Marek Scholarship. To place an order and arrange pickup or delivery, contact John Lamprecht at jml313@aol.com.

The deadline for our members to submit photos to our annual photo contest is fast approaching – October 31 at midnight. See this year’s contest rules and submittal instructions: 2019 MMS Photo Contest Rules. Voting will take place at the December 10th meeting, and awards will be announced at our annual Awards Banquet on February 15. Get ready to learn more about our local fungal diversity and enjoy some beautiful photography! Remember, you must be a member to submit photos and vote for your favorites. However, guests are welcome to attend the voting meeting and view all contest entries.

Another special annual event is coming up on October 28 – our MMS Potluck, Raffle and Silent Auction. This is another members-only event where you can share your favorite mushroom dish, or just your favorite dish sans mushrooms if you like! Only certain wild mushroom species can be incorporated, or you can use store bought mushrooms. Check out the event on our calendar for more details. 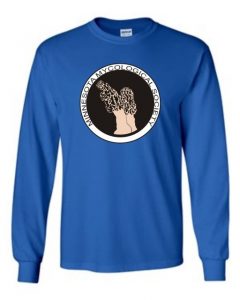 You can order MMS logo tee-shirts, sweatshirts, and patches online from now through November 15, 2019 at midnight! To view these items (including prices and color choices) and also place orders, click on the link below:
Threads and Inks MMS merchandise

Depending on when you order them, your order will be available for pickup at our regular meetings and other events. Make other arrangements if needed with John Lamprecht. Order soon to make sure you get gift purchases in time for Christmas!

Summer mushrooms are in full bloom 🙂

We had a late but great morel season.  I myself achieved my best  morel harvesting ever in one spot.  I found 50 right here in Minneapolis of all places!  I took a walk over to a local taproom, and decided to check near some elms along the way. I did not really come prepared on my walk to carry that many morels. I filled up the small net bag I frequently carry with me and cradled the rest in the bottom front of my tee-shirt. Then, I walked the rest of the way to the taproom and enjoyed a couple of beers. Great day!

Summer is really good time to see many different species of mushrooms, especially after some rain.  Make sure and look around on your walks or hikes.  After joining MMS and going on a few forays with the club, I now notice mushrooms where I never did before.  I don’t just look for edibles.  It’s enjoyable to see all the colors and interesting forms mushrooms take including some very strange-looking ones!  Get out and enjoy!

The mushroom season is upon us! – and other notes…

May is prime morel time in Minnesota! – the reason why most of our morel forays are scheduled in May every year.

Check out our calendar to see when MMS morel forays are scheduled this year and also the annual Morels and Memories Mushroom Hunt & Alzheimer’s Fundraiser. Our morel forays are free events for members only, but you don’t have to be a member to attend the Morels and Memories hunt. It’s not free, but you will be contributing to a very worthy cause. Read more about it on our calendar event or go to http://www.morelsandmemories.org.

Fyi – we’ve made a change so you can visit our site using a more secure connection.  Just update your MMS website bookmarks to use our url address starting with HTTPS instead of HTTP.

If you haven’t seen the winning photos from last year’s 2018 MMS Photo Contest yet, you can check them out on our Photo Galleries page. 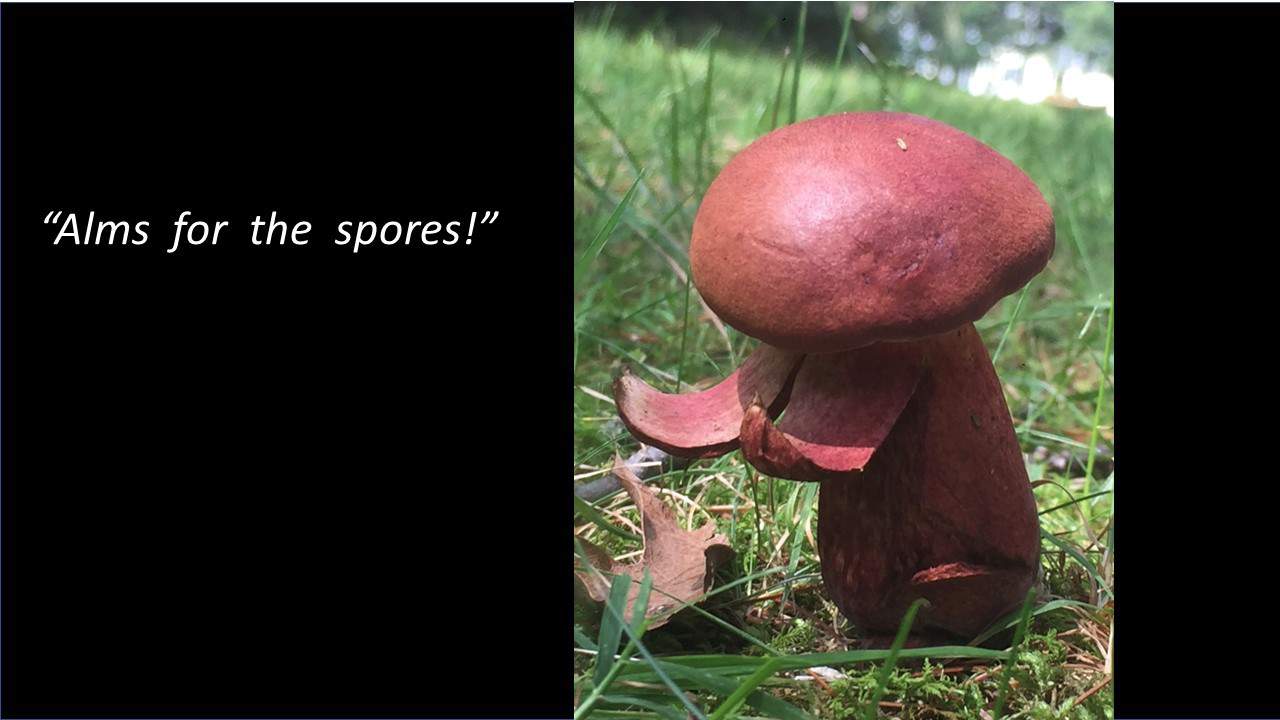 You can order MMS logo tee-shirts, sweatshirts, and patches online from now through May 1st, 2019 at midnight! 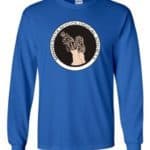 To view these items (including prices and color choices) and also place orders, click on the link below:

Any items you order will be available for pickup at the meetings and events after your order. Make other arrangements if needed with John Lamprecht, jml313@aol.com.  Be ready for the start of mushroom season with your MMS logo wear!

Each year, this scholarship enables one member of the Minnesota Mycological Society (MMS) to attend the NAMA annual national foray. This year’s NAMA National Foray will be held August 8-11, 2019 in Paul Smiths, New York.

The MN Mycological Society and NAMA lost one of its most dedicated and beloved members, Marek Turowski in 2017. We mourn not only the loss of Marek’s great knowledge, which he willingly shared with others, but also his spirit, and love of the camaraderie of mushroom hunting (and eating)! This scholarship was created to honor his memory and to encourage and inspire members of the MMS to enjoy mushrooms and the national community of educators and enthusiasts by giving them a chance to participate in the NAMA national foray. Visit https://www.namyco.org/events.php for updates on this event.

To apply for this year’s scholarship, follow instructions and submit the entry form on this application. The deadline for receiving applications is March 2, 2019.

Last night our members participated in voting for our annual photo contest.  45 MMS members contributed 245 photos!  The winning photos in each category and overall winner will be announced at next year’s annual awards banquet and posted on our website.  In the meantime, here is a cool YouTube mushroom video to enjoy!

You can order MMS logo tee-shirts, sweatshirts, and patches online from now through November 1st, 2018 at midnight!

To view these items (including prices and color choices) and also place orders, click on the link below:

Depending on when you order them, your order will be available for pickup at our regular meetings and other events; up to and including the annual MMS Potluck on November 12th. Make other arrangements if needed with John Lamprecht: jml313@aol.com.

Our forays and Mushroom Certification Classes are suspended due to the COVID-19 pandemic.
All club meetings will be scheduled as virtual events presented with Zoom until further notice! 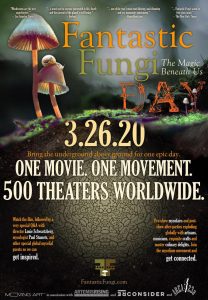 Treat yourself to a beautifully shot film that everyone is talking about! -A special nationwide screening of Fantastic Fungi- Presented by the Minnesota Mycological Society. When: Thursday, March 26th, 2020 Where: Parkway Theater, 4814 Chicago...
View Calendar
Add